Menu
← view all items prev next

Introducing empty space, seems to be without or beyond logic. But if this new space gives you a way to experience meaning, emptiness can be very full… A new design and function for the Wibauthouse Amsterdam, 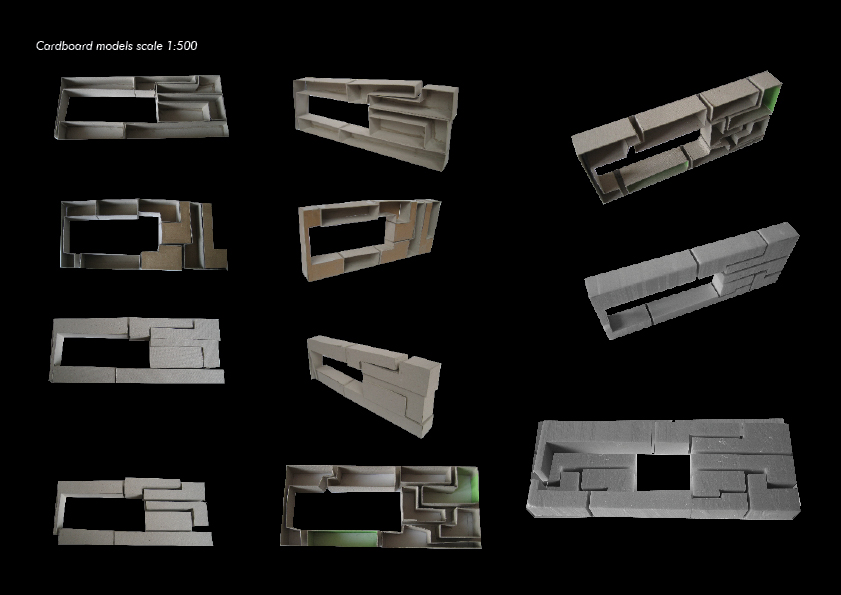 I decided to take away the Wibauthuis as a whole and to assign a new function to this empty space. This new function is a public outer space which occupies the whole former Wibauthuis, the extension is a building that is around this space. The new public space of the Wibauthuis does not only facilitate experiencing the former Wibauthuis, it also makes an interaction possible between the neighborhood and the Wibaut-axis which used to be blocked. Because the current Wibauthuis exists of two volumes that meet each other in the middle, the middle has become a totally open space in the new design, this space acts like a hole in a frame. From here you can enter the volumes now surrounding the former Wibauthuis.
You always have to enter the ‘ghost of the Wibauthuis’ before you can enter the extension. You can experience the bigness of the new Wibauthuis through the absence of the old Wibauthuis. By the local goverenment and planners the Wibaut-axis is envisioned to become some sort of boulevard. It is in fact a speedway, but never the less we would like it to be ‘cozy’. Thinking about this spirit of ‘getting together’ in a casual way with a lot of people at the same time, I realized that this can be embodied by consumption, by eating and drinking together.

This might seem a bit shallow, a bit empty. Even though our  western society is almost entirely based on the act on consumption, it has lost contact with the notion of production. So I decided to bring these two tightly together in my proposal for the new Wibauthuis.

The former Wibauthuis is connecting worlds even though it is absent.